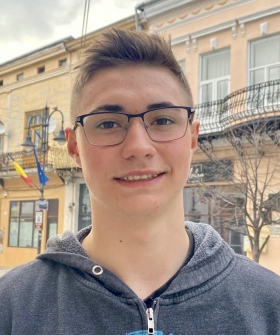 Denis Z. was born in 2005 in Botosani. After his parents' divorce, when Denis was only two years old, his mother obtained full custody of her son. She immediately left for Italy, asking her parents to take care of Denis; he was reunited with his mother at the age of four. A lifestyle of bouncing around from city to city and even time spent out of the country proved a challenge too great to handle for Denis. He went through seasons of living with his grandparents, living with his mother, and often running away and having to fend for himself wherever he could find a place to escape.

Once high school started, Denis was drawn into dangerous entourages. He started going missing for days, refusing to work things out with his family. In 2020, his grandfather decided to take him back to his mother, but the several weeks spent with her and her new children proved extremely difficult. He left his mother and started traveling around the country, always refusing to say where he was going or how he manages to secure the money for his survival.

His grandparents realized they could not properly deal with Denis; he felt nobody could understand him. Denis refused to receive counseling and wanted to live somewhere else. Abandoned by the most important people in his life, he found his worth in various groups that dragged him in their webs and left him empty.

We seldom receive children into our care as teenagers, though it is occurring more and more frequently. Denis has much terrain to recover and addictions to break, but we believe that our God can completely turn his life around, and in the short time he will be with us, make a great impact on his life.

Denis is in a trade school learning to do car body repair. He spends lots of time in the local repair shop as he is passionate about his work and is looking forward to being financially independent.

Thank you for your support and prayers in changing one life at a time!