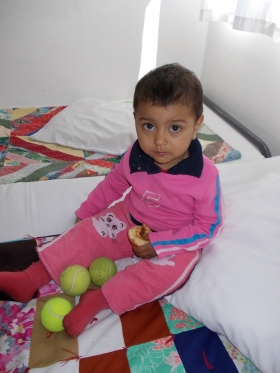 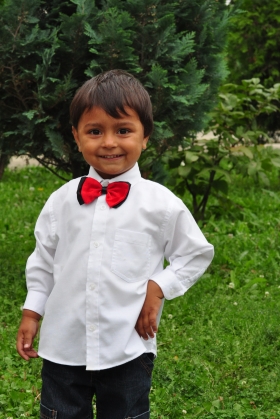 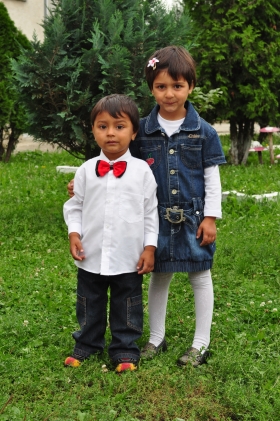 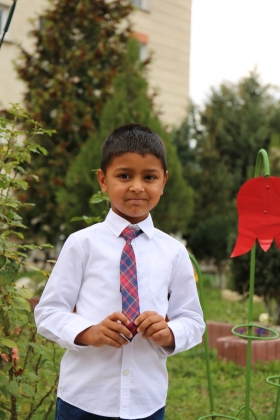 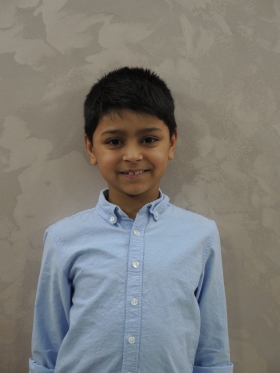 The desperate situation of Maria and Rares (siblings) determined the local authorities to take some much needed action a few months ago, when, after the parents' divorce, the mother and her two children were outcast from the paternal grandmother's house. The father left the place and moved in another county of Romania, beginning a relationship with another woman, while the mother used to leave her children with various neighbors for days and weeks, having temporary relationships with numerous men. The two children have been witnessing the fervent conflicts and fights between their parents, being deprived of their parents' affection, poorly dressed, dirty and hungry. Being contacted, the father refused to take any action, loudly saying that he had no interest whatsoever in his children. Meanwhile, their mother, due to the lack of a stable home and finances, engaged herself in prostitution, neglecting her children and being unable to offer them a proper family environment. In spite of all these obstacles, God has proven again faithful to His children, opening the way for Maria and Andrei to become a part of our Hand of Help family. After only a few days spent in the Hand of Help Orphanage, the two siblings have easily adapted to their new life and new friends. Following our Lord's will, as His humble servants, we will work on creating the most effective family environment for Maria and Andrei as we work on bridging the gap with their mother. Please lift this family before the throne as together we agree for them to find hope and peace in the knowledge of Christ and one day be restored.