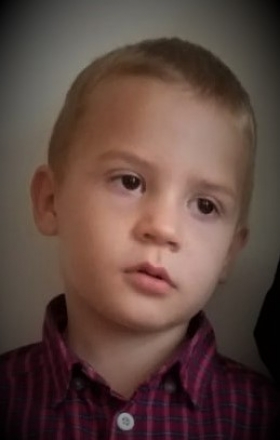 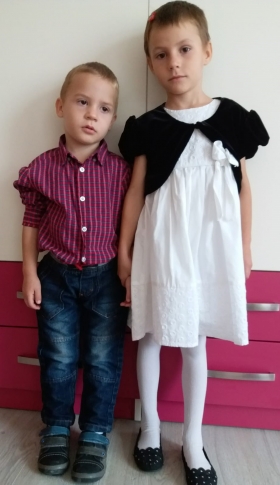 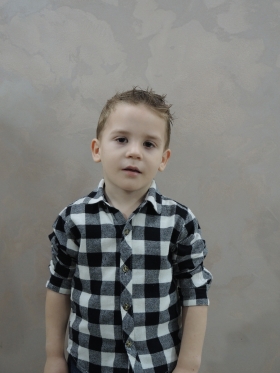 Dumitru and Teodora are the newest children to enter the family. After only a couple of months since they had arrived, we already saw a dramatic difference in their demeanor, social skills and even motor skills.

When children come to us from a foster parent or from a home that provided a safe environment, the difference is not as noticeable. This is not the case of Dumitru and Teodora.

Having witnessed and been the recipients of physical abuse, Dumitru and Teodora were limited in their ability to communicate or react.

When the Child Protection Agency contacted us, our team went to the local emergency center for single mothers and that is where we first met Dumitru and Teodora. Their mother was heavily beaten, her eyes darkened from all the bruising, with one ear cut and barely able to speak. With the little breath she had in her lungs, she implored us to take her children and protect them.

The sight of the children next to their mother was disheartening. Lost glances, tears dried on their cheeks and hardly able to mumble their names…the children were afraid to speak – anything! Their father hit them violently anytime they tried saying something and now they are mere images of the children they should have been! Witnesses of so much violence, abuse and hardship, Dumitru and Teodora were reluctantly watching us from a corner of the room, uncertain of the future to come.

One reality sent shivers down our bodies – in a few weeks, the children were supposed to go back to their abusive father. Even though the local authorities had him come in for questioning, he was not charged and only given verbal reprimands.

We decided to take the siblings into our care and offer them a place of safety next to Robert and Ionela. We have seen children miraculously surpassing the trauma in their lives and being able to grow up harmoniously even when there seemed to be no real chance of that and we knew we had to offer these two children the same opportunity.

Their older brother, Robert and older sister, Ionela, have been living with us since 2014. They were overjoyed to receive their little siblings into their new family.

Dumitru was born in 2014 and at first glance displayed a delayed development. After only a month of being in a safe environment, filled with God's love, Dumitru has improved by leaps and bounds, and is now able put together complex puzzles, recommended for children beyond his years.

The day the mother came to visit them for the first time at the orphanage was precious! Moments like that make us realize once more the importance of the work we have been entrusted with and that you selflessly support – she was thankful and at peace knowing that her children would not have to spend another day in the company of an abusive and indifferent father. With your help, she was able to keep them safe and we thank you, along with her, for making these testimonies possible.

Please join us in praying for Dumitru and his family that He would guide their steps and keep them in His arms for all their lives.

These are some of the lives changed by Hand of Help.
Gabriel R