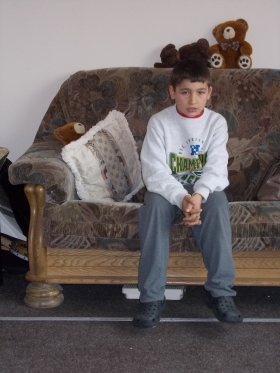 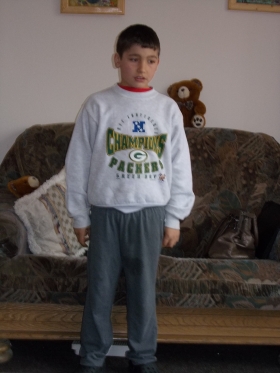 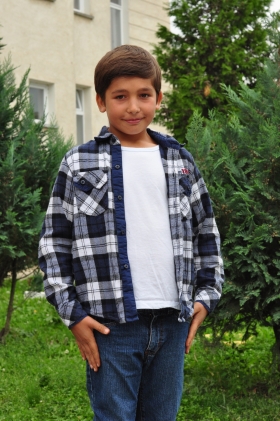 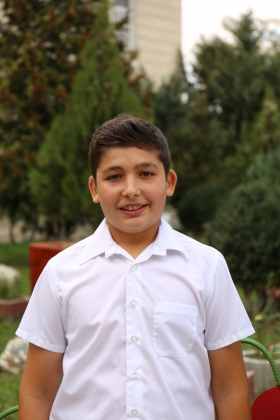 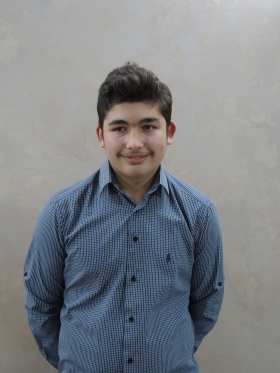 Florin has been a part of the Hand of Help family since April 2013. At the age of only 10, Florin had experienced numerous remarkably sad moments in his life, moments that have changed him deeply and that were easily remarked just by looking at him and talking to him.

In 2006, when Florin was 3 years old, his parents divorced. Since Florin's father owned a home, that he shared with the grandparents, the authorities granted custody of Florin to his father. Although being apart from her son, Florin's mother tried to visit him as often as possible. However, Florin's father did not approve of his former wife seeing their son, reacting in a violent manner and threatening her, so the mother stopped coming to see him.

Unfortunately, his grandparents died in 2011 and Florin was left with no one except for his father. His neighbors and teachers noticed that Florin was hungry all the time, neglected, wearing dirty clothes and often spending time by himself in front of the house until very late at night. His father, whenever he would come home drunk, used to ask him to do extremely difficult chores around the house and would react violently if he couldn't accomplish them.

Florin began skipping school, stopped talking to his friends, neighbors and teachers, and spent most of his time alone. After looking into Florin's case, Hand of Help had decided to offer him a helping hand, providing him with the love, comfort, support and care that he needed.

However, despite his difficult past, Florin's father decided to change his future. He remarried and started having Florin over to his house during the weekends. He got the necessary counseling through local programs that dealt with his alcohol addiction and started rekindling his relationship with his son. Florin gradually began to visit his father's new family and even helped around the house. After a while, both Florin and his father expressed their wish to move back together. We are thankful to our Lord for helping Florin's father change his life and fight for his son.

Florin's passion for Electronics allowed him to get training at a large company during his school years. The company seeks to train young adults during their studies with the prospect of hiring them at the end of their school program.

Thank you for being a part of Florin's life and help us plant the seed of the Gospel in his heart! We pray God will make it grow in His time and that Florin will always remember the precious gift he received.