(23 yr old boy) He is no longer in the orphanage. Please consider sponsoring someone else. 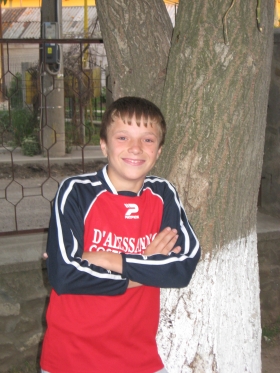 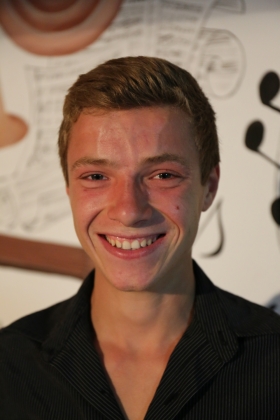 George finished his studies in June of 2017. Just like his older brother, Alexandru, he embraced hard work, feeling more at ease with physical labor than continuing his studies. He decided against pursuing a higher education, which would have most likely been an almost impossible task for him after years of school neglect and the huge voids in his comprehension. For a while, we were able to find him a temporary job at one of the shopping centers in the city but soon afterwards, he started seeking long-term employment outside the city, at a farm.

Being a hard worker, a family took him under their wings and offered him a place of work at their farm in Manastireni, Botosani County. We were able to financially support his departure and we sent him off with some basic items (from household goods to clothing) that would make his new beginning easier.

George also spent a few weeks working abroad during the summer months, together with the boys of the family that offered him a job at their farm. He is considering finding a stable job abroad; meanwhile, he continues working at the farm and we pray that God would guide him in all his life decisions. We are happy to know that he does not shy away from hard work and we know that God will bless his efforts as long as he decides to remain faithful and obedient to our Savior.