(24 yr old girl) She is no longer in the orphanage. Please consider sponsoring someone else. 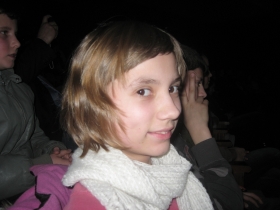 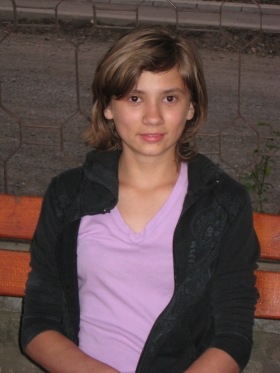 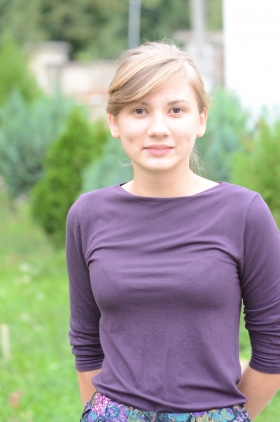 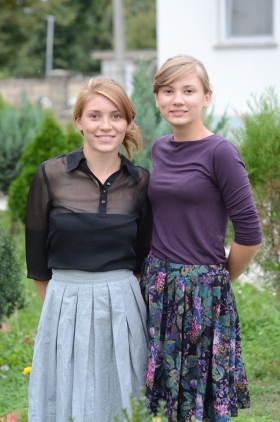 Lidia, together with her siblings Magda, Estera and Andrei were considered the "miracle" children upon their arrival at Hand of Help. Virginia used to travel every morning to the villages in search for abandoned children that could be taken under our care. One night she dreamt specifically of a baby girl and knew that she was supposed to go to the villages in search for her. The second day she travelled until she was able to find Lidia, the exact girl that she dreamt of and described to everyone before they had even met. She was only six months old, living in horrific conditions with her siblings and their mother. Their father had recently passed away and they were left all alone, with no means to survive. They were living in something that could hardly be called a house, a bare room with no windows, just a clear plastic covering to keep the rain away and no flooring.

We took all four siblings under our care. Lidia spent many weeks under special care as she was malnourished and had numerous medical problems. At one point we even had to have a feeding tube put in. She soon started to recover and not long after, began playing with the other children and restarting her life.

Years have gone by; Lidia dedicated her time to studying and finished high school. During her last year in high school she was included in our Safe Harbor project, a project designed specifically for young adults in preparation for independent living. The main goal was to teach her how to take care of herself, to organize her time according to a family structure, to balance a budget, to clean, to do her own shopping, laundry, cooking, all while she continued her school studies. One of our social workers guided her first steps as an independent young woman and she meticulously learned how to take care of herself, her finances and her house.

Lidia took an interest in tailoring and specialized in this. She also finished a course that offered her an esthetician diploma.

During her stay at Hand of Help, she kept in touch with her mother and after high school spent some time with her and her new family as she remarried and has had other children.

Lidia has left our orphanage now and embarked on her journey as an independent woman and wife. She is now living and working abroad and continues to keep in touch with her siblings. Thank you for keeping her and her new family in your prayers. We ask God to always show her His ways and guide her through all life's obstacles!