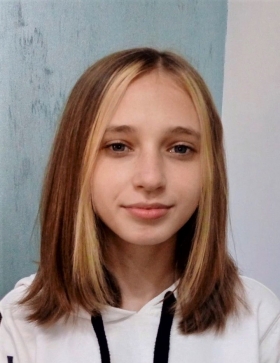 Every story is as unique as the child who lived it. Each life is a cacophony of emotion, running the gamut from joy to pain, from hope to despair, and everything in between. Although the stories are uniquely theirs, like a fingerprint or a retina, there are discernible similarities that spring up from time to time, because pain is never more complicated than a three-chord progression. This is why we can all relate to hurt, sadness, disappointment, and, sadly, even despair. We can relate to these things because they are universal.

Adelina M. was born in 2006 and became a part of our family in September 2020, after living through years of ordeal. After giving birth, her mother, developing a severe mental condition, moved in with her own mother to be cared for, and Adelina remained with her father. The first years passed quickly, with her father trying his best to raise his daughter and keep her in school. Adelina's paternal grandmother also helped whenever she could, providing a maternal sensibility her father lacked. When his occasional drinking episodes turned into an addiction, Adelina's life took a turn for the worse: faced with physical and verbal abuse, neglect, intimidation (her father used to throw the food she cooked against the wall), she would often leave the house at night after her father fell asleep and would walk for hours to take refuge in the home of her paternal grandmother. Even though she remained distant most of the time from all the family's problems, she was the only person in Adelina's life who could offer some semblance of warmth and care.

Years passed, and Adelina turned 14. Since her grandmother was unwilling to help, she would often take shelter in their neighbors' homes, who were shocked to hear the father screaming in the nearby apartment. They tried to protect Adelina as well as they could. After numerous incidents, they decided to call the local Child Protection Agency. The agency resolved to offer the family a monitoring and counseling time, hoping that the father would change. Since the situation went unchanged, they asked us to offer Adelina a new home.

After years of living off her small allowance and taking care of herself, Adelina was welcomed into the House of Peace at the Hand of Help Orphanage. One of her first events at Hand of Help was celebrating the 18th birthday of one of our girls. Deeply touched by the family environment and the strong bonds between children and their beautiful relationships with the staff, Adelina decided to share some of her life experiences. We were in tears when she told us she'd never received a birthday gift or enjoyed a birthday cake; she had to save money well in advance to buy a small pizza for herself. It broke our hearts because we realized these were all things we took for granted, things we overlooked and rarely appreciated to their fullest. She also said that the best birthday gift she could ever wish for was for her father to come home sober.

Adelina is currently attending classes specializing in the textile industry but is interested in a vocational school, possibly pursuing a career as an aesthetician or hairdresser.