(21 yr old girl) She is no longer in the orphanage. Please consider sponsoring someone else. 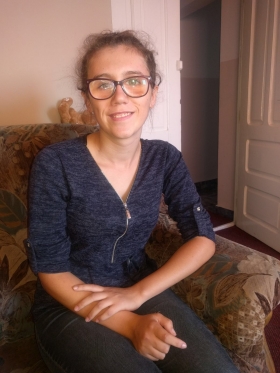 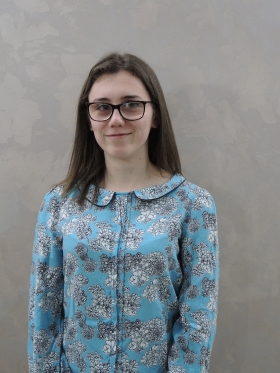 Larisa T. used to live in Constanta, a city in the southeastern part of Romania, together with her parents and siblings. Her father worked as a police officer, but had an alcohol addiction. Following an altercation, the authorities found him guilty and sent him to prison for three years. Shortly after his release, his wife was diagnosed with pulmonary cancer and died in 2007.

All four children were sent to a Child Protection Center in Constanta, while the father moved to Botosani, where his relatives were living at that time. Years have gone by and two of Larisa's siblings have married, while her other sister decided to move closer to their father and start work.

Larisa was the only one left in Constanta and asked the authorities to make a way for her to move to Botosani, closer to her remaining family. The father had no financial means and could not support Larisa through her final years in school. We were asked to step in and receive Larisa in our family.

Larisa was able to finish her studies under our supervision. Throughout her years with us, we have been able to offer her some much needed counseling, as well as provide her with the medical attention she needed. Larisa majored in textile design and soon after turning 18, she asked us to file all the needed paperwork in order for her to start independent life. Since two of her siblings were already working abroad, she decided to move to the same country as well, start a new job while being closer to them.

We had a short time in which we could sow into her life, but we thank God and all of you for this opportunity. We were all humbled to see how grateful Larisa was to our team upon her departure. She understood the opportunity that she had been given and wanted to personally thank everyone for the care and love manifested towards her. We ask God to give her wisdom, to guide her every step, and decisively impact her life.