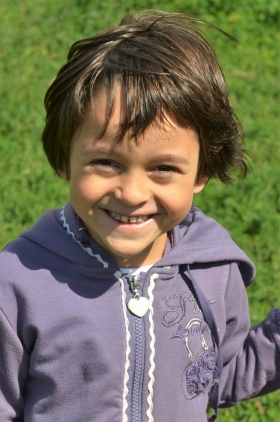 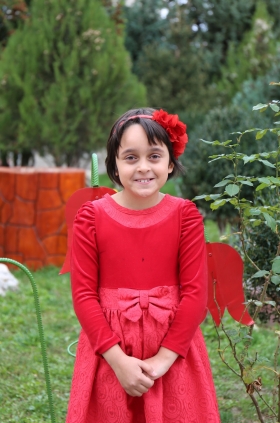 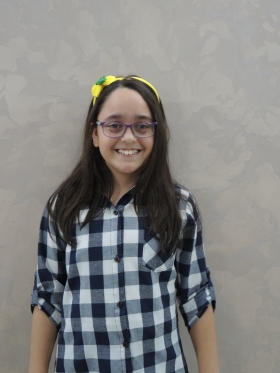 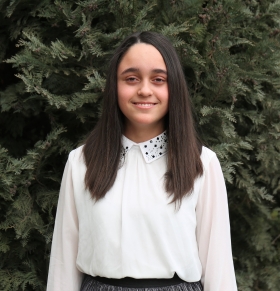 Carla, born in 2008, comes from a family of 4 children living in Botosani county. The family's oldest child has been in foster care, living with a relative since he was only three months old. The local Child Protection authorities have always focused on their situation, attempting to make the parents sensitive to the importance of adequately raising, caring for, and loving their children.

Their family problems escalated once the fourth child was born in December 2012. The family doctor monitoring the child's development in his first months of life noticed a total lack of care. They were often left alone in the house with no food and no heat.

Additionally, the newborn child was urgently transferred to a foster family due to lack of food and the imminent prospect of losing his life.

Carla and her brother, Vlad, the two remaining children, were often silent witnesses to constant conflicts involving verbal and physical abuse between their parents at home.

Carla's mother struggled with alcohol and neglected her children, leaving them alone while the father was at work.

On one of those days, the father forced his wife to leave their house as she manifested no interest or love whatsoever in raising their children. Being the only adult in the home and the only one who could work, the father stayed at work all day long, struggling to bring home as much money as possible. The neighbors noticed that the children would frequently remain alone in the house, deprived of the essential resources: food, water, light, heat.

Vlad's right palm was burned because of such deprivation and lack of parental control. The scar tissue prevented Vlad's normal development, leaving him with a visible deficiency in the correct function of his hand.

We welcomed Carla and Vlad to our family in 2013. We were overjoyed to see them adjust to their new environment and slowly start their path to maturity.

Carla is a studious young girl and would like to continue her education. She loves reading, listening to music, and playing soccer. She has a strong relationship with her brother, and together they spend part of their school breaks with their father or aunt. Carla desires to get a job and help her father as much as possible. We know God is the One able to mend their wounds and restore their family. May they be obedient to our God and experience the hope and love that He wants to pour over them!

These are some of the lives changed by Hand of Help.
Constantin