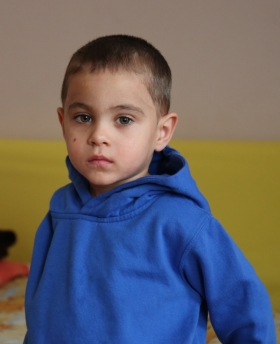 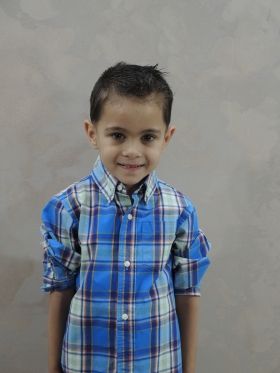 Mihaita (as we call him), together with his siblings, Cristian and Maria, entered into our family in the fall of 2017. The children used to live with their parents; however, after their divorce, the court granted their mother sole custody and they were separated from their father who went abroad in search for work.

Soon afterwards, financial difficulties changed the course of their lives. An orphan herself, adopted at the age of two, the mother lost both her adoptive parents and was soon faced with complete loss of her housing, finances and work. Desperate and alone, she took her children and moved to a local housing center for single mothers in need. This proved to be a temporary solution and fearing she would have to live on the street, the mother decided to ask the local authorities to find a place for her children while she would leave the country to find work.

Her desire is to be able to come back and offer her children the home that they desire. However, until then, having no other relatives that could take the children into their care, we were asked to step in and welcome Cristian, Maria and Mihai into our family. In the light of so many changes, the children have missed school numerous times and they are in need of special care and attention – not only pertaining to their education, but also emotional support and personal time dedicated to help them adjust to their new home.

Mihai stole everyone's heart the moment he stepped into our center. With his deep glance, he soon became the light of our family. Being the youngest, too, Mihai was received with open arms by all his new brothers and sisters. He might be too young to understand all the changes in his life, but nonetheless, one can see he longs for a time of respite where he would not have to move from house to house or center to center. He immediately fell for our staff members and never tarries in smiling whenever he sees them smile. One can tell the sadness in his eyes, but each day he steps a little further in his relationships with the others. He loves having his brother and sister in the same building. Even though he has to cope with his mother's departure, he has at least the security of seeing his siblings every day.

Please keep Mihai in your prayers. We have been given the responsibility to nurture him from such a young age!

It is during these very years of early childhood that we have an opportunity to form a child and to help him prepare for independent life, teaching him the principles and rules that will guide him forever. May every single good thing that he learns here stay with him for the rest of his life and may God help us teach him His ways and follow in His steps.

These are some of the children at the orphanage, click a child to see a more detailed profile if he or she has one.
Denisa R
13 yr old girl

The child of the month is Denisa R. Denisa R. was born in December 2007 in Botosani. In the spring of 2021, we had the joy of seeing both Denisa and her older sister,...