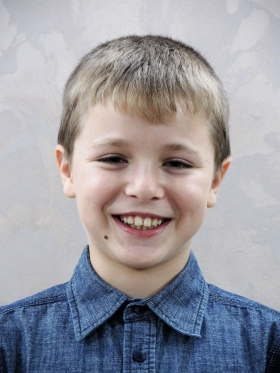 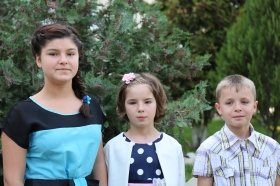 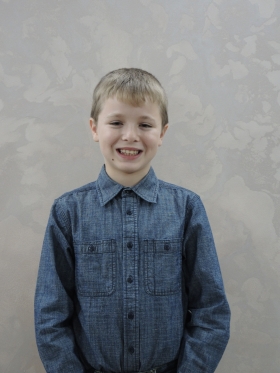 Alexandru was forced to witness the most tragic of his life's events- his mother abandoned the family, leaving the father to take care of Alex and his two sisters alone. However, after having suffered a stroke and being admitted to the hospital for a prolonged period of time, he was under no circumstance able to provide for his family or look after their wellbeing.

A relative of the family contacted us upon observing such a situation and asked us to intervene and offer the children a chance of growing up in a safe environment. While the older children were either married or working, the little ones were on the verge of abandoning school and becoming orphans with no expectation whatsoever of having a normal existence.

We visited the family's house and hastily determined that they needed a helping hand. Iuliana, Adina and Alexandru (born in 2009) are now a part of our family. Once arrived at Hand of Help, they were evaluated and housed in one of our orphanage home groups.

In the beginning, Alexandru had a hard time adjusting to our center. Being very close to his father, he was not ready to understand why they could not live together anymore, even after their mother abandoned them. He soon realized that moving to Hand of Help did not mean that he would forever be separated from his father, but that he would always be able to spend his holidays and some of the weekends with him, and Alexandru slowly started opening up to us.

The deteriorating health of their father continues to bear a lot of weight on these little shoulders. The siblings' desire is to see him well and able to live life as normal as possible. School was a challenge for them as they had missed their classes for days on end during their family crisis. With the help of our teachers, Alexandru was able to recuperate the information he missed or could not understand in school and he is now among the best students in his class. He became very friendly to all and always shows respect and gratitude towards the adults in the center.

Alexandru has also started playing the block flute and could not be happier that he is now a part of Hand of Help's orchestra. In his spare time, he enjoys playing soccer.

Please join us in praying for Alexandru! May God protect him, strengthen him and make him an obedient child of our Lord!