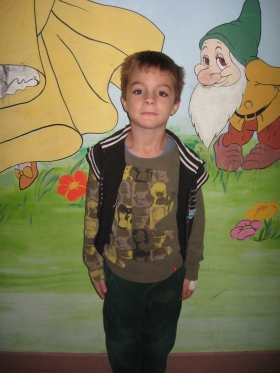 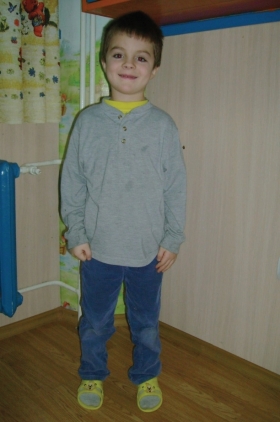 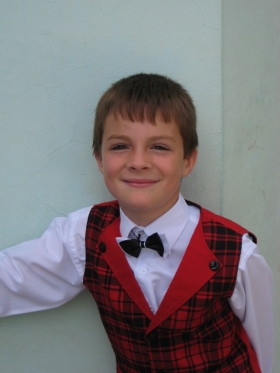 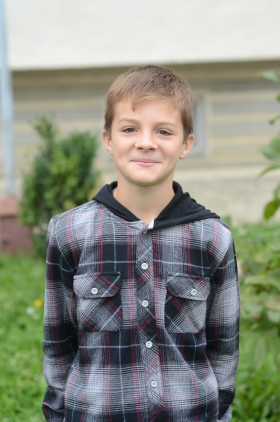 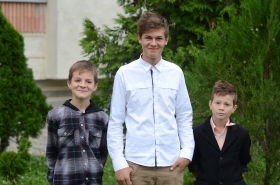 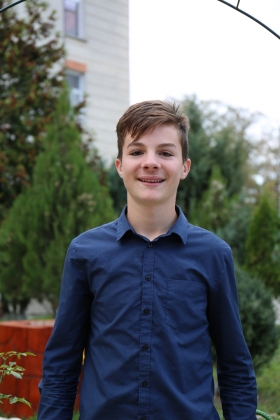 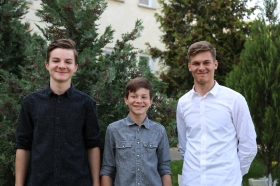 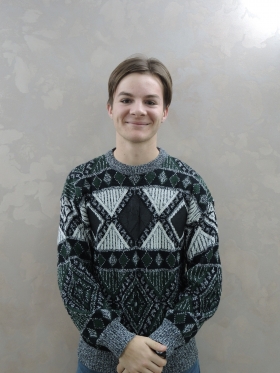 Alecu G. (born in 2002) and his brothers, Dumitru and Elvis Ionel, have been with Hand of Help since 2006. As a child, Alecu had to suffer the pain of seeing his family broken up by alcohol. Their father, a notorious alcoholic, used to physically abuse his children and wife, driving them away numerous times in the middle of the night. After years of enduring his beatings, the mother left the home and sought refuge with some of her out-of-town relatives, leaving the children alone, unattended, and having no one to turn to.

For a while, nobody knew anything about her and the father continued to abuse his children. The local community decided to take measures against the situation and contacted our orphanage. We received the brothers in our family and shortly after, the mother was able to contact them and keep in touch with them. A few years later, she found a place to work abroad and left the country for an indefinite period of time, maintaining the relationship with her children from afar.

Alecu and his brothers used to visit their father during their holidays but even then he continued to abuse them. He passed away in 2016 due to an alcohol overdose. His wife came from abroad to attend the funeral and the family was reunited at this tragic event. The three brothers have suffered a lot and it seems like this event marked their lives and their perspective on how their future should be. They are now more driven to study in school and want to prove that they can overcome the prejudice and make everybody proud of what they can accomplish with our God's help.

Following his father's death, Alecu decided to change his priorities in life and focus on his studies. He started the Economics High School in Botosani in September 2017. His older brother, Dumitru's acceptance to college on a scholarship has also positively influenced Alecu's academic drive.

He is very intelligent and has exceptional results in his studies. He also plays the violin in the church orchestra and enjoys drawing. He has already participated in numerous contests and art workshops, thanks to his talent, and we are so happy to see him being so passionate. We pray for Alecu and his family and ask our Lord to always keep them in obedience and gratitude for everything He has done for them.

Please join us in praying for Alecu as he faces life's everyday challenges. May our God guide him in every step of the way and may He help him be a role model for others!