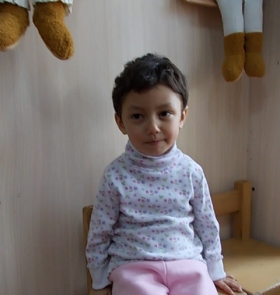 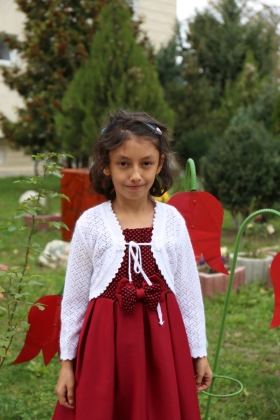 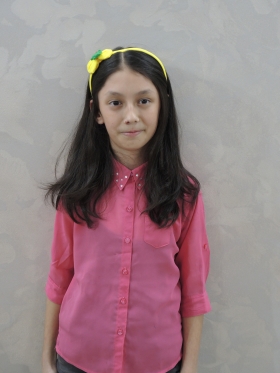 Gabriel and Stefana were taken in by the Hand of Help Orphanage in the beginning part of February 2012. They were living in a house that belonged to their mother's last boyfriend, in an environment hard to fathom. Mud floors, a few wood boards thrown together as a bed, walls stained of smoke and a room lacking even basic amenities like electricity was all that could be provided for them. The only income for the household was the monthly government stipend for the children. Their mother was an uneducated woman who often begged in neighboring countries.

After she was caught and expelled back to Romania, she sent her children out to beg. Even with the help of the local authorities, the children often went unfed, unclothed and not taken care of. The mother was incapable of being self-sufficient and couldn't handle a budget. The children's father is unknown.

Providing proper growth, development and education for the children, in their own family setting, was impossible. The best option for the children was to be separated from their mother for a season. The orphanage has agreed to take these children in and with God's help provide an environment where they can flourish like they would in a healthy family's home.

Thank you for making stories like Stefana's possible! May all your love and sacrifice by amply rewarded!

These are some of the children at the orphanage, click a child to see a more detailed profile if he or she has one.
Denisa R
13 yr old girl

The child of the month is Mihai M.H.. Mihaita (as we call him) is the youngest child to recently become a part of our family. Together with his siblings, Cristian and...