(18 yr old girl) She is no longer in the orphanage. Please consider sponsoring someone else. 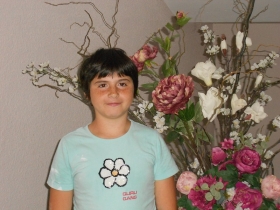 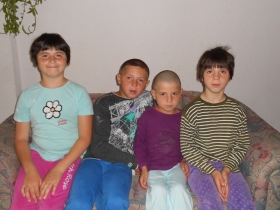 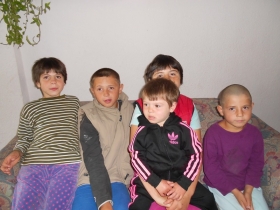 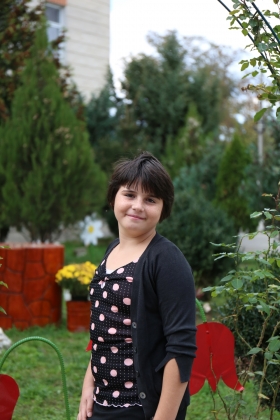 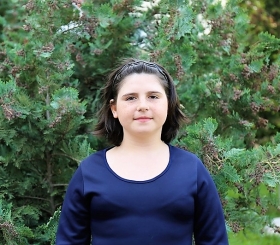 For a whole month, the children lived on their neighbors' compassion. The mother collected all the state allowance for the children and spent it on alcohol. When they were left with no electricity and the living environment became inhumane, they were forced to abandon school as well.

Irina, Alexandru and Andreea had been a part of Hand of Help's family before (for three years) when their father left abroad for work and their mother, an alcoholic back then too, refused to take care of them. Upon his return, he found a job near his house and together with his wife, decided to take their children back home.

We continued to support them and with our contributors' help, we were even able to bless them with a cow. Everything seemed to be working out well in their family until the father got sick and was unable to function, spending all his days in bed. Heart wrenched and having to cope with his inability to support his family, the father was also faced with his wife leaving him and the children for days. Even though the older children tried their best at taking care of him and the family (a task no child should be put up to), their efforts were soon to cease as they were faced with a new abandonment, their father's death.

Irina and Alexandru have always been in contact with their mother since their return to our orphanage. In 2018, she remarried, slowly working toward rebuilding a family environment that would be safe for her children to come back to. Both Irina and Alexandru have visited their mother during holidays. The local social workers have constantly monitored their mother's situation and decided that she could now offer a home to her children. After numerous visits and discussions, our team, together with all the other authorities involved, was able to facilitate Irina and Alexandru in going back home and living with their mother. We financially helped them for six months, enabling an easy relocation and providing them with all the necessary resources to start their new journey.